Posted on March 13, 2013 by ATC | Comments Off on March 09 EPA Strategy-EPA Internal Memo on Getting America to Accept Climate Change

This five year old EPA internal memo makes it clear the EPA in 2009 knew the public was either unconvinced of the “reality” of Global Warming or unconcerned about its impact.  Using this as the starting point in this article, the EPA then set out to explain their strategies to get the minds of the American people right.

Acknowledging that the use of the Polar Bear and melting ice sheets was no longer an effective emotional ploy, the EPA outlined a number of strategies to spread the message of global warming. These include “using the trades (i.e. unions) and environmental reporters” to spread the message,  increase the amount of media exposure by reaching out to media members that serve the minority communities, and upping the level of environmental terror foisted on the citizen by linking environmental justice issues to the health of the citizen and their children. If only the left, instead of regulating us to death, strategized so aggressively in order to maintain our freedoms. To read more click on this link.

We can hope that the politicians, with no push from the people, will on their own find out, learn about, and address Sustainable Development through appropriate legislation. If hoping for something worked, we would all have won million dollar lotteries by now. No, hoping isn’t the answer. END_OF_DOCUMENT_TOKEN_TO_BE_REPLACED 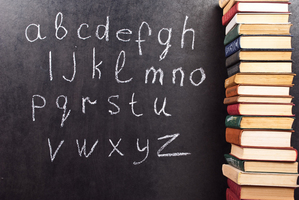 I doubt that many people today believe that in America we have a strong, successful educational system.  Yes, most would agree that there are many places where we could improve the system. END_OF_DOCUMENT_TOKEN_TO_BE_REPLACED 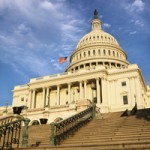 Role of Non Governmental Organizations and How City Planners Make Dupes of Citizens Through the Delphi Method and in so Doing Undermine our Representative Government. END_OF_DOCUMENT_TOKEN_TO_BE_REPLACED

Comments Off on Lesson 9: Non Governmental Organizations and the Delphi Method

Posted on March 13, 2013 by ATC | Comments Off on Lesson 7: Regional Governments Will Destroy Our Local Representative Gov’t

This is the seventh lesson in a series of ten lessons on Agenda 21, commonly known as Sustainable Development. Today we will learn …

It is impossible to create a One World Order unless borders are completely eliminated. Take the European Union as an example. All the nations of the European Union share the same currency, have a free flow of people across their borders, have a central tax system with the means to enforce collections, and a common court system. That said, are they really sovereign anymore? Do their borders serve any function anymore? After all, there is a reason they are called the European Union. END_OF_DOCUMENT_TOKEN_TO_BE_REPLACED

Comments Off on Lesson 7: Regional Governments Will Destroy Our Local Representative Gov’t

Posted on March 13, 2013 by ATC | Comments Off on Ohio House Attempting to Stop Common Core

Ohio House Bill 237 will attempt to stop the implementation of Common Core in Ohio. It is critical, if you live in Ohio, to call your state representative NOW, and tell him/her to support HB237.

Here is the actual language of the bill, as well  as the co-sponsors of the bill. END_OF_DOCUMENT_TOKEN_TO_BE_REPLACED

Comments Off on Ohio House Attempting to Stop Common Core