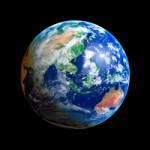 This is the first lesson in a series of ten lessons on Agenda 21, commonly known as Sustainable Development. Today we will  learn the…

Definition of Agenda 21, a short history, and the 3 E’s

So, what is Agenda 21, also referred to as “Sustainable Development”?  It is NOT an environmental movement, it IS a political movement which seeks to control the world’s economy, dictates its development, captures and redistributes the world’s wealth on a national, state, and local level.

The process locks away land and resources from use by citizens, and plans a central economy, while controlling industry, transportation, food production, water, and the growth, size, and location of the population.

In short, Agenda 21 is one of several global plans of action designed to create a coalition of government, business, and non-governmental organizations (NGO’s) under the auspices of the United Nations.  When fully operational, this system of Global Governance, will command a One World Court, a One World Army, a One World Media, etc. all working in lock-step to gain total control over all human activity and all of the Earth’s wealth.

It is hard to believe that something this sinister could be happening right under our noses. However, it is easier to understand when you learn how Agenda 21 has slowly and steadily been implemented for many decades.

Through the second half of the 20th century, the powers that be in the United Nations were crafting documents and treaties to position themselves to implement Agenda 21. These early efforts in 1992 led to the introduction of five key documents at the United Nations Summit in Rio de Janeiro

The five documents were:

It was at the Rio Summit that President George H.W. Bush, along with the other 178 heads of state, signed agreement to Agenda 21.

These same groups, called Non-Governmental Organizations (NGO’s), worked directly with the United Nations to craft Agenda 21, and now were in a key position to put Agenda 21 policies into every single agency in the U.S. Federal Government. This means every federal agency, the Dept. of Education, the Dept. of Homeland Security, the EPA, are all currently using your tax dollars to undercut our sovereignty and steal our property rights bit by bit.

The United Nations and the Non-governmental organizations that do the “heavy lifting” for the U.N. have been very clever in the ways they have chosen to get people around the world and in the U.S. to accept sustainable development policies.

By selecting the three terms used for the 3 E’s, the Sustainablists were very clever. You see Sustainablists are very good at selecting terms whose meaning seems self-explanatory and sound very positive. Social equity, economic justice, and environment justice are three examples of this. Most people who hear these terms for the first time think they understand what they mean, and with words like “equity” and “justice” in them, think that they are probably a good thing. The reality is quite different for several reasons.

First, the terms themselves vary. Sometimes social equity is called social justice. The same is true of the other two terms. The swapping out of terms is very confusing.

Secondly, just finding agreed upon definitions is very challenging. Of the three, only for the definition of social equity is there some degree of agreement, and even then, when you find a definition of economic justice, the examples cited, sound like the examples given for social justice. This is done by design. Precise use of words, allows everyone to know their true meaning. Agenda 21 is a stealth effort. The less the average citizen knows and understands the better.

So, how do you know the real definitions for the 3 E’s-by working backwards!  First you must find examples of the 3 E’s. Remember, “Actions speak louder than words”.

Examples of Social Injustice, according to the Sustainablists, occur when…

…a person cannot move freely to meet his needs (i.e. no access to transportation or borders preventing immigration to another country).

…a person has ill-health, so cannot meet their needs.

…a person does not have access to good housing.

….a person does not have access to quality food.

Using those examples, social equity can be defined as the right and opportunity of all people “to benefit equally” from the resources afforded us by society and the environment.

Looking at all four examples, it is not hard to see why solutions like mass transit, open borders, Obama Care, low-income housing, food stamps, and free lunch programs in the schools are all part of the Sustainable Development equation because they create “Social Justice”.

Examples of Economic Injustice occurs when…

…a person’s gender, ethnicity, religious affiliation or a handicap places a limitation on their chances of success in the workplace.

…a person’s socioeconomic status prevents them from receiving higher education.

…a person’s socioeconomic status prevents them from moving up in the workplace.

…certain countries, through a wealth of natural resources, prosper over other less fortunate countries.

Using these examples, economic justice can be defined as the equal ability of the individual or countries to gain wealth.

Again, you can see why quotas in the workplace, college scholarships for the low-income student, and redistribution of wealth from the wealthier countries to the poorer countries, sometimes through outright monetary “gifts” and sometimes through treaties and agreements that work to the U.S.’s disadvantage, are part of the formula of Sustainable Development because they create “Economic Justice.”

Examples of Environmental Injustice are when…

…man fills in a swamp.

…man causes the climate to warm, or change, whichever claim the environmentalists are making this week.

From these examples it is not hard to create the definition for Environmental Justice.

Environmental Justice says that man is responsible for all of nature’s woes. The presence of man on this planet is an Environmental Injustice.  Consequently, it is critical that all of man’s activities be severely controlled, of course, by the government, in order to protect the environment.

“The common enemy of humanity is man. In searching for a new enemy to unite us, we came up with the idea that pollution, the threat of global warming, water shortages, famine and the like would fit the bill. All of these dangers are caused by human intervention, and it is only through changed attitudes and behavior that they can be overcome. The real enemy is humanity itself.”

Further, since Americans value the environment, it allows the Sustainablists to use Environmental Justice to effectively convince Americans that in order to save their planet they must give up their individual rights for those of the collective.

In other words, the 3 E’s are a way to be sure no one has more than anyone else (unless you are a member of the elite), even if you are smarter, worked harder, took more risks, made all the right decisions, and sacrificed. Your very success is a social injustice.  Further, God may have given Man dominion over the Earth, but apparently big government feels it has veto power over God.

For a sustainablist a regulation, or sustainable development policy, that manages to create social equity, economic and environmental justice, all in one fell swoop, is the ideal regulation or policy. That regulation is said to have achieved the Triple Bottom Line (=sustainability).

If you look at the logo for Agenda 21, you will see three overlapping circles, one for each of the 3 E’s. The area right in the center of the three circles, where all three circles overlap, represents the Triple Bottom Line, and that also represents “sustainability”.

It is the “precautionary principle” (Principle 15 of the Rio Declaration) that allows the government to use the environment as a hammer. This principle says that, if there is the slightest chance that an activity of man MAY harm the environment, then that activity must be stopped. The Keystone Pipeline is a perfect example of that.

You say this is just craziness!  While you are certainly right, that doesn’t mean millions of Americans don’t believe this or are unwilling to go along with the 3 E’s.  So, how has Sustainable Development been swallowed by so many Americans you ask?  As Lesson 2 will show, it is done through indoctrination, regulation, intimidation, and the outright destruction of our culture.

It is strongly suggested that before you go on to Lesson 2, you take advantage of the supplemental information provided along with Lesson 1.

Click on titles below to go to Lesson 1 supplemental:

Key Events to the Implementation of Agenda 21/Sustainable Development

The Ethical Dimension of Sustainability

This entry was posted in Lesson One and tagged economic, envronmental justice, equity, social, sustainable development. Bookmark the permalink.