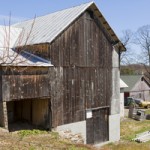 This is the third lesson in a series of ten lessons on Agenda 21, commonly known as Sustainable Development. Today you will learn…

How Sustainable Development Policies Will Force Citizens Off of the Rural Lands.

“Land, because of its unique nature and the crucial role it plays in human settlement, cannot be treated as an ordinary asset, controlled by individuals and subject to the pressures and inefficiencies of the market.  Private land ownership is also a principal instrument of accumulation and concentration of wealth and therefore contributes to social injustice; if unchecked, it may become a major obstacle in the planning and implementation of development schemes. Social justice, urban renewal and development, the provision of decent dwellings-and healthy conditions for people can only be achieved if land is used in the interest of society as a whole.” The preamble to The Vancouver Action Plan approved at Habitat: United Nations Conference on Human Settlements (31 May to 11 June 1976).

This quote is compelling evidence that the goal of the United Nations is to eliminate private property around the globe in order to use it for the “common good”. The only thing different today, than 40 years ago, is the rate at which land is being taken from the American citizen and the number of ways this is made to happen.

Through many venues, including but not limited to local, state and federal regulations and programs, private property rights of rural land owners are incrementally taken – stolen. This is in compliance with The Biodiversity Treaty, which is one of three treaties foisted on America at the Agenda 21 conference in Rio de Janeiro in 1992.

The treaty, while not fully ratified, is being implemented through the Executive branch of government.  This treaty spawned the Wildlands Project.  The intent of the Wildlands Project is to gain control over, and then return at least 50% of the rural land in the U.S. to the condition that predates Columbus’s arrival.

The strategies used to remove the landowner from his land include, but are not limited to, the following:

… when Wilderness Areas, Parks, etc. are established. Not only the land is out of production, but, the mineral resources underground or forest above can also be made off-limits for development.

… by expanding the legal definition of a wetland. By making any trickle of water or puddle a wetland, the EPA can prevent the development of the land and all the land around it. This makes the land worthless and easy to acquire by sundry entities including the gov’t.

… when an endangered species is located within a forest. Then large areas around this area are made off-limits to development, and once again, the land loses its value and is easily acquired by gov’t.

… by the direct taking of land through eminent domain.

… when Road RIP, a non-governmental organization, was created for the sole purpose of removing existing roads and preventing the construction of new roads into wilderness areas. Then humans are locked away from land that was once served by roadways.

… when urban boundaries are created around a town, beyond which development may not occur and/or utilities may not be provided. This will destroy the economic value of the rural lands around the town. Comprehensive Land Use Plans in existence today and their policies are creating this scenario.

…  when the government declares land part of a flood plain, then forces the homeowners to give up their homes. The homes are then destroyed and the land is not allowed to be developed. The government gets a 2-fer if the land is along a river.  Then, not only is the land off-limits to development, the government has total control of the river and the priceless water it contains.

… when a land trust purchases private property rights from a land owner for promises from the land owner to do certain environmentally friendly things. In return the land owner and his heirs are then able to stay on this land in perpetuity.

Unfortunately over time, the land trust may make more and more environmental demands on the landowner, until the landowner can no longer make a living off of the land. With all the restriction  placed on the property, no one but the government may be willing to buy it. These agreements are called Conservation Easements.

President Obama  has greatly advanced the locking down of rural America through Executive Order 13575 with its far-reaching consequences.

*Executive Order 13575, which was signed in 2011, created the White House Rural Council. This council requires every federal agency in the U.S. to over-see all the food, fiber, and energy needs for all the rural sustainable communities. Across the U.S. this E.O. affects 16% of the population.

It is worth spending some time discussing some of the key plans of those who push the Sustainablist agenda and what they have in mind for the vacated rural land.

If a very large area, usually at least 5000 acres, of land can be freed of human activity then a core area can be created there.  This is where the large predators, like wolves, cougar, grizzly bear, etc. have been or will be reintroduced. 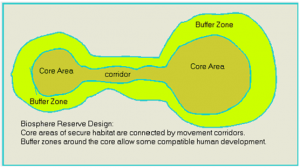 The human-free land that connects the cores are called corridors. Around the corridors and cores are buffer zones, where…

“Only human activity compatible with protection of the core reserves and corridors would be allowed.” Mission Statement to the Wildlands Project.

As the carnivore population increases, it may become necessary to enlarge the core areas, and consequently also so the buffer zones, to meet the increased range needed by the carnivores.

This process of relocating the human population, in order to create habitat for the wildlife is called the Wildlands Project.

This planning for where to relocate humans in order to create the cores, corridors, and buffer zones began in the United States several decades ago. We know this because in 1994 the U.S. Senate was scheduled to ratify the Biodiversity Treaty.  During that year, Dr. Michael Coffman pounded the capital with e-mails and calls, and before ratifying the Biodiversity Treaty Dr. Coffman presented a copy of the Biodiversity map to his Senator, who showed it to the Senate. The Senate Majority leader took the treaty off of the calendar and it was never ratified. Who says one person cannot make a difference!! 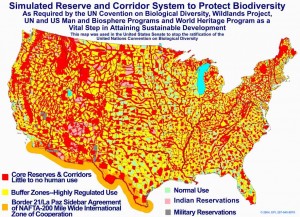 1994, the first time the Biodiversity Map was presented to the general public, was most of 20 years ago. Since then, the Sustainablists have been very busy thinking and re-thinking the best way to work around the Congress to  implement the un-ratified Biodiversity Treaty and to keep the Wildlands Project advancing. If you would like to see a possible recent version of the Wildlands Map, you might want to Google “America 2050-megaregions” and take a look at a possible updated version of the “1994 Michael Coffman map”.

To get a sense of just how much land is being made off-limits to man globally, take a look at the map below showing the North American Wildways. 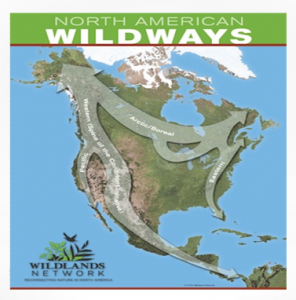 This kind of land acquisition is occurring all over the globe in order to prepare the world for, as Al Gore said, “The wrenching transformation of society” or stated more clearly by John Davis, editor of Wild Earth Magazine)…

“Does all the foregoing mean that Wild Earth and The Wildlands Project advocate the end of industrial civilization? Most assuredly.”

In summary, since the founding of this country it has been known that man cannot be free without the ability to own property.

The proponents of United Nations Agenda 21 understand very well that ownership of land provides wealth and security to those who control it. A government that denies land ownership to its citizens is knowingly reducing its citizenry to little more than serfs dependent on their government for their every need. NEVER forget that Agenda 21 is not an environmental movement. It is a political movement designed to control all of mankind’s behaviors and that only by taking our property away from us can Agenda 21 be successful.

The next lesson, lesson #4, in this series, will teach you what will happen to the folks who are forced off the rural lands, and how the government will control where they live, how they provide for their own needs, how big their homes can be, how much energy they can use, how many children they can have – virtually every aspect of their lives.

However, it is strongly suggested that you read Lesson #3 supplemental materials before going on to lesson #4. You may do this by clicking on the links below.

Wolves in Our Backyard

Conservation Easements: The Primary Tool for Gov’t Acquisition of Land