Posted on January 23, 2015 by ATC | Comments Off on Republicans outfox Democrats on climate votes

In November (2014) the legislators in Washington D.C., both old and new, were given a mandate to stop the left’s redistributive and green agenda. Now that the lame duck session is over, it is time for the Republicans to get to work.

On January 21, 2015 the work began. The Senate Republicans, through a series of amendments revolving around the Keystone Pipeline legislation, eventually voted to agree the climate was changing, but would not be maneuvered into saying that the change was being driven by man’s activity.

To read more about the tricky maneuvering used to sidestep the left’s attempt to legitimatize Climate Change, follow this link.

NOTE: Remember, President Bush the Elder, a Republican, signed the treaty Agenda for the 21st Century (aka Agenda 21). While we must be happy the Republicans this time resisted the efforts to blame man for climate change, we must stay vigilant to keep the Republican Party consistent in its efforts to resist sustainable development policies.

Comments Off on Republicans outfox Democrats on climate votes

Posted on January 23, 2015 by ATC | Comments Off on Senate: Climate Change Is Real; Humans’ Role, Maybe Not

After reading Republicans Outfox Democrats on Climate Votes,  you might find it interesting to read this same story as written by an in-the-tank-for-Agenda 21 reporter.

Things to note are…

1. In the article Republicans Outfox Democrats on Climate Votes the term “climate change” was used. In this article the term “global warming” is used. This is important because only if the left convinces us that the climate is warming, can greenhouse gases be taxed and used to finance the left’s slimy schemes, and, even more important, can the control of all human behavior be justified.

2) The photo that starts the story is there for only one reason; to tug at your heart-strings. Remember that one of the left’s goals, as presented in the EPA internal memo of 2009, is to appeal to our emotions-not our logic.

3) The author wants you to believe data provided by NASA and NOAA- even though these folks have a track record of playing fast and loose with climate data in order to keep the money flowing to them from D.C.

4) The quote from President Obama saying, “No challenge poses a greater threat to future generations than climate change”, besides being one of the lesser problems on the globe, is yet another example of how the left appeals to the emotions of the listener rather than to logic.

Other than that, it is a great article (sarcasm intended), as you will see if you follow this link.

Comments Off on Senate: Climate Change Is Real; Humans’ Role, Maybe Not 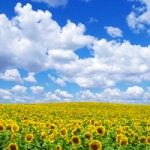 Indoctrination is used to soften up the American citizen to make them receptive to the transformation of a free world into a socialist, sustainable development world. Think of all the commercial and nature shows you have seen pushing the green agenda; think of all the articles our biased media create pushing the green agenda, even various churches push the 3 E’s. END_OF_DOCUMENT_TOKEN_TO_BE_REPLACED

Comments Off on Lesson 2: Getting America to Buy the Scam Called Agenda 21

Posted on March 14, 2013 by ATC | Comments Off on Al Gore, UN Secretary-General, others now demanding ‘Great Reset’ of global capitalism

Taking advantage of an economy weakened by COVID lockdown policies and anarchy in cities around the globe the usual globalist characters are moving forward aggressively to replace capitalism with socialism and eventually communism or Marxism ultimately placing the world’s economy into the hands of the Elite. These power hungry players will continue to use Climate Change to justify these drastic and disastrous changes to our economy as they attempt to trigger the “Great Reset”. To learn more click on this link.

Posted on March 14, 2013 by ATC | Comments Off on Scientist Warns of Mini Ice Age as Sun Hibernates During Solar Minimum

Few issues highlight the Extreme Left’s arrogance more than their views on manmade Global Warming. They would have us believe the simplistic explanation Earth is warming because of man’s activity. In reality climate is extremely complicated and driven almost entirely by natural forces, which at times cause long term warming and at other times long term cooling. Hence the existence of ice ages followed by warming periods. To read a much more likely explanation for the fluctuations in our climate click on this link.

“Climate Change” Is A Hoax

If you have found your way to www.agenda21course.com , you likely already believe Climate Change is a hoax and have probably read a significant number of articles on the topic. What is more rare is finding a Climate Change hoax article that is “readable”, entertaining, and still effective at bringing out the important points. Enjoy that article by clicking on this link.

Comments Off on “Climate Change” Is A Hoax

This is the fourth lesson in a series of ten lessons on Agenda 21, commonly known as Sustainable Development.. Today you will learn…

How Smart Growth Stategies are Used to Control Human Behavior Within the Human Settlement.

One of the goals of Agenda 21 is to re-wild over 50% (plus an additional 10% for buffer zones around the re-wilded areas) of the United States. Out of necessity, this will force the human population off the rural lands and into, using Agenda 21 language, “human settlements”. Once there, the behavior of humans can be more easily monitored and controlled, thus creating, “sustainability”. END_OF_DOCUMENT_TOKEN_TO_BE_REPLACED

Comments Off on Lesson 4: Smart Growth 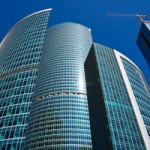 3P’s do not work in a free market way where competition decides who wins and who loses.  END_OF_DOCUMENT_TOKEN_TO_BE_REPLACED

Posted on March 13, 2013 by ATC | Comments Off on Another Climate Alarmist Admits Real Motive Behind Warming Scare

To read more disturbingly honest direct quotes from the Climate Change Alarmists proving their real agenda click on this link.